Tools and Strategies to Protect You and Your Team's Mental Health

This event has now finished; but not to worry if you missed it! You can still purchase now to receive access for 1 month.

The last two years have put mental health firmly on the agenda for employers like never before. We are in the middle of a major turning point for workplace mental health. But how do we shift the conversation from how we deal with burnout, stress and anxiety to exploring how we recognise the signs and put preventative measures in place to combat the issues before they become a problem?

Join us as we take a 360° look at mental health in the workplace:

Amy is a strategic consultant, engaging speaker and respected writer within health, mental health, wellbeing and women’s health. Specialising in creating and delivering measurable strategies – which are both innovative and realistic – Amy coaches organisations of all sizes to educate, empower and change behaviours on an individual and systemic level.

With 20 years of varied experience, Amy has a proven yet highly original approach to her consultancy. She combines a clinical background, specialising in psychology, with deep subject matter expertise in mental health, occupational health, health analytics and health insurance. Not only does Amy have the ability to design strategic programmes, she also has the practical ability to implement them effectively.

Amy’s breadth of clients is similarly unique. From creating an award-winning strategy for corporate giant EY to writing a holistic wellbeing programme for a FTSE100, Amy also works with SME’s, vibrant start-ups and more recently governing bodies and parliaments.
Evidence of Amy’s experience can be found in her blogs and vlogs, which she shares monthly on LinkedIn to support peers within the industry. Sparking 100s of interactions on each post, her innovative solutions and somewhat controversial insights have truly shaken up the UK’s health, mental health and wellbeing scene – inspiring peers, organisations and exhibitions to rethink haphazard and unresearched approaches to mental health.

Mental Health and Wellbeing at Work: What Good Looks Like

Mental health and wellbeing is a hot topic. Even before the pandemic many organisations were starting to put in place mental health and wellbeing strategies. Post pandemic these are necessity and no longer a nice to have. The need to provide adequate support for employees has grown alongside their expectations of what an organisation should provide.

In this talk I am going to explain how to create effective, structured, long-term strategies for mental health; ones that will have a real impact on the health of employees. Too often I see well-intentioned activities and events cobbled together as ‘strategies’ but missing a clear vision and separate from other organisational systems, processes or policies.

The talk will cover the case for mental health at work and what is happening now post-pandemic. We will look at different types of mental health strategies and frameworks. We will discuss what good looks like in terms of developing a strategy, stakeholder engagement, the role of leaders in mental health and use of different health providers. I would be delighted to take questions on any of these topics and to help EAs and Chiefs of Staff understand their role in organisational mental health.

In early 2019, I was a Sales Director at an industry-leading survey technology and panel company. Over 10 years I had grown my part of the business from virtually zero to over £6 million in annual revenue. I headed up the leading sales team in Europe and had created lasting, highly profitable client relationships with household name brands. I was, by all accounts, very successful.

In March of that year, I suffered a completely unexpected and almost total mental and physical breakdown, following a severe and very public anxiety attack. I spent the remainder of the year on leave.

Through regular therapy, I began to recover and understand why this had happened at what seemed, at the time, the peak of my career. I also learned that I wasn’t the only one suffering a similar experience.

Working with agencies, brands and individuals, I use my story and experiences of stress-induced burnout and breakdown to open a safe conversation, lift the stigma and encourage people to seek support.

My talks create a safe and confidential environment for open and frank questions and discussion.

From breakdown to breakthrough: a lived experience of stress-induced burnout.

How I got there, why I burned out, what happened next and where I am now.

Join me for a 50-minute walk-through of the circumstances that led up to a life-changing, 10-day panic attack. I’ll take you through what happened and how it felt at the time; why I think it happened to me; how I recovered and what I do now to stay well.

I’ll share my full experience of the effects of stress-induced anxiety and offer some insights into what I’ve learned, what I wish I’d known, what advice I would give my old self and how employers and employees and can take ownership of their wellbeing at work and at home. 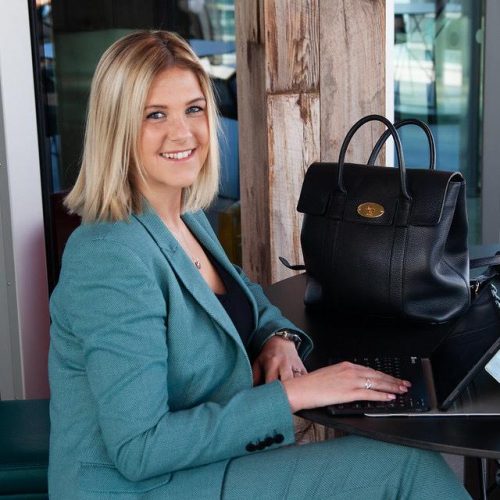 Alice Scutchey is Director of EMEA Business Administration within Financial Services and has over 15 years’ experience working for top institutions in the industry. She is married with three children and lives in Kent.

As an approved Mental Health First Aid (MHFA) Instructor and keen speaker, she uses her platform to tell her story, champion women and promote the administrative profession.

In 2019, she created The CWPA Club, a network for corporate Assistants that meets weekly for training and events. Alice is committed to helping other Assistants grow, develop their skills and realise their full potential. She believes Assistants should have a clear path of progression and equal opportunities to fulfil their career ambitions.

Alice promotes happiness by living positively and supports others to do the same.

This session will raise awareness of mental health. We will explore what mental health is, look at how we can challenge stigma and also provide you with some tools to manage your own wellbeing. We will also discuss ways you can effectively support others with confidence and empathy. This is an ideal session for those wanting to explore the topic of mental health in more depth and develop their understanding. 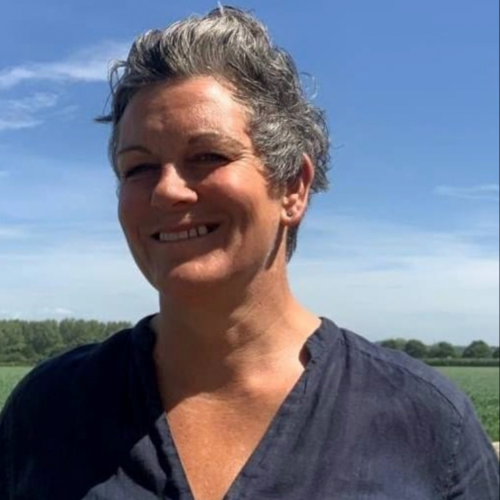 Sophie Pittaway is the Founder and Creator of KICK Lifestyle, a 360-degree holistic experience for mental and physical wellbeing. Sophie helps people change their lives 4 minutes at a time with her revolutionary KICK Method, “the KICK 4-minute round workout”, so you can balance your body and calm your mind.

She is a former World KICK boxing Association Champion and a health and wellness innovator with a 30-year proven track record of helping people fall in love with training.

Sophie’s focus is supporting business leaders to implement simple, scaleable health and wellness communities that deliver results for you and your boss.

Become a champion of your own life 4 minutes at a time. Sophie will be showcasing her KICK Lifestyle app, where you will learn how to boost your energy and focus your mindset for your business and your life.

KICK your Pain into Power. Your Transformational Journey

You will learn how easy it is to add a KICK 4-minute round work out into your day by our interactive session.  Easy to do and simple to follow Sophs will demonstrate a KICK4 min round workout LIVE where you can join in and experience how amazing you will feel after.  Sophs will teach you the importance of why doing a little bit of training and a little bit of good eating has EPIC results and give you a newfound energy, confidence, and empowerment for 2022.  Taking your pain into power with a KICK 4-minute round workout to transform your body and mind.

I’m Maria, co-Founder of Junius Health Ltd. I’m a certified (IFM) Functional Medicine Practitioner and qualified Nutritional Therapist with a MSc in Personalised Nutrition. Originally from Northern Ireland, I’ve been living in London for the last 25 years, with my husband and 2 wonderful teenage children who are both currently at university and I’m lucky enough to run Junius with my sister Paula and my brother John, who also live in London.

Having previously worked in a busy corporate environment Maria saw first-hand the health challenges faced by the time-poor individual which led her on a journey to learn about nutritional science and biochemistry where the emphasis is on prevention rather than cure. Maria is truly passionate about sharing her knowledge to help people to live well, feel well and do well, every day and uses the vehicle of her multi award-winning cold pressed juices + supplements company, Junius.

Maria truly believes health is our first wealth and this is what drives her every day to do the work that she does.

Some simple good food choices can go a really long way when it comes to supporting brain chemistry and helping you feel good every day.

In this session you will learn about the key foods that fuel your brain, the importance of good blood sugar balance as the foundation of mental wellbeing and how to balance your plate for better mood and improved cognition.

You will also have the opportunity to engage with Maria and ask questions on all things brain-building nutrition.

Before starting his consultancy and therapy clinic, Andy McMenemy held a successful 22-year sales and management career where he enjoyed the responsibility of managing £17million pound divisions in £500 million- and £1.3 billion-pound organisations.

Andy came to public knowledge in 2011, upon setting out to complete a world record bid in an epic challenge to run 66 ultra marathons in 66 consecutive days in the 66 official cities of the UK.

Despite crippling injuries, including a damaged Achilles tendon on day 2(!) and very firm medical advice to abandon his attempt, he dug deep into his resilience, and persistence and carried on running – succeeding, against the odds.

Trusted and valued as an inspirational speaker by clients such as: ASDA, ARLA Foods, The NHS, The British Dental Association, Leeds Beckett University, Huddersfield University, and Mercedes Benz, amongst many others, he inspires, guides, and develops their leadership and management teams during challenging times of change.

Forget Your Mental Health -> Focus on Your Emotional Wellbeing

Like all animals we need to find nutrition from our environment, air to breathe, water to drink, nutritious food to sustain us and sufficient amounts of the right quality of sleep to restore our energy.

These physical needs are obvious because, if they are not met, we

Just as a lack of one of our physical needs (water for instance) can make us ill and threaten our life, so a missing element of our 9 Emotional Needs can cause us emotional difficulties that can lead to mental and physical ill health.

However when we focus on and practice care in seeing to it that all of our Essential Emotional Needs are being met in balance we will thrive and flourish, as there is then no propensity for us to develop a mental illness.

So let us explore our Nine Emotional Needs and how to get them met.

Not sure how to ask? We can help you with both getting approval and/or funding to attend A Healthy Mind. Please fill in the form and we will send you the template which has helped thousands of assistants to attend our events.

Welcome to our virtual community of administrative professionals from around the world.  Ask a question or share your expertise with like-minded professionals across our social media platforms.  An international community of Assistants is waiting for you online, sharing new ideas, best practice, learning, collaborating and supporting each other.  Come and join us!

Hello!  We’d love to hear from you.  Drop us a line with your feedback, questions or queries and we will get right back to you.